I don't like the way christian holidays are celebrated by non-christians, but just warped into some bizarre fantasy. Not to say I don't like christmas... But the concept... It's just hokey

First things first. I am not a christian. I just found this interesting.

Christian holidays that have been bastardized


2. Christmas:
** Day that Christ is born
** Day that a fat fellow in a red suit flies a sleigh led by a freak red-nosed reindeer from the north pole to all parts of the world to sneak in the chimmeny and give out presents


3. St. Patrick's day:
** The death date of Maewyn Succat (renamed St. Patrick by the pope). Maewyn escaped from slavery driven by delusion and somehow ends up converting all of Ireland to Christianity singlehandedly.
** Leprechauns play pranks on you and daddy gets drunk. Be sure to wear green and remember those shamrocks!

4. Mardis Gras:
** The last call before christians go into lenten religious fasting. Pretty much the day where they eat a lot to stock up... Since they will be starving themselves for forty days and forty nights as jesus did
** Give beads to drunk girls and they will show you their boobs

5. Valentines day:
** festival of two third-century martyrs, both named St. Valentine. Has nothing to do with love or cupid. The stories of the two saints are nothing but gruesome in the end.
** Cupid shoots people and they call in love. Aww

7. Halloween:
** The eve of All Saints Day. Not a big deal, and has nothing to do with evil and spirits. Used to be called "Hallomass" or "All hallows." Originally was just a day that you have a bonfire before all saints day.
** Ghosts and witches.. evil... dead people... Bad stuff... Lots of movies, murders on this day... Very scary... Free candy!

8. All saints day
** Very important day. Commemorating all of the Saints
** Ouch. Hangover from halloween. Stomach ache from candy.

9. Thanksgiving:
** Giving thanks to god, as the pilgrims did as they sat down to eat with the natives
** Clean the house, murder a turkey, have the family over..... And watch football

This one isn't christian, but still, wtf?

10. April 1st (April fools day)
** Prior to 1582, the new year was celebrated for eight days, beginning on March 25. The celebration culminated on April 1.
** People play jokes on each other 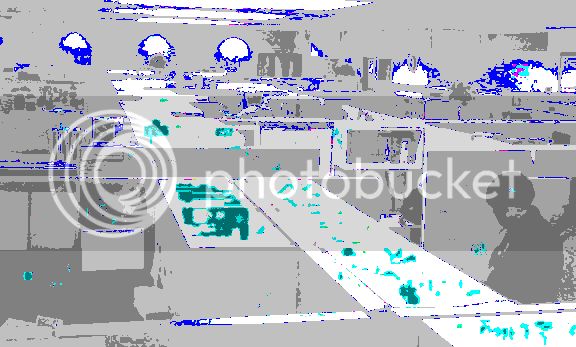 Just some messing around

New light. I really haven't dated anybody for longer than a month in my whole life! I never really thought about it, and now that I have, I've given myself a bit of an insecurity. I'm sure it's because I'm a tad eccentric, and I like to be the best at everything. It's hard for me to be in a relationship, when I subconciously think I know what's best 100% of the time.
Example: I dated a guy named Braeden for... You guessed it... A month. We saw each other a few times, then made it official. Exactly a month later (after we made it official), he was fed up and so was I.

Why, you ask? He was a young, sexy poet. The kind of guy that they have in those movies, you know? The one who is supposedly poor and rugged, but so damn sexy. The girl looks over him because of his 'peasant' status, and later notices the obvious, that he's dead sexy, but *falls in love with his boyish charm.*
or whatever
But in the movies those sexy flings turn into eternal love and such. They never show when she tries to tell him what he does wrong in everything, and when he thinks she's totally full of herself, and when everything turns bitter in such a short period of time

Well, however THAT happened, it seemed like just another one of the same. It's a trend, you see?

I'm relatively attractive. As much as I can say without giving off an arrogant vibe, men are attracted to me, and I get my share of pickup lines out and about. So I have no problem GETTING men. It's keeping them that I just can't do

Well, I've grown accustomed to sitting around the house. I know that sooner or later I will have to get a job, because my art just isn't paying my bills as nicely as it used to. I think I'd like to get a job for a newspaper. Not journalism, though, I'm thinking photography. I can tweak my class schedule a bit and I'll have the experience and prerequisite I need soon enough.

What I really think I would like, though, is to learn how to cook. I get so jealous when I'm talking to a friend about another friend and they'll say, "Oh, he/she is SUCH a good cook! Have you tried his/her *mystery dish*??" Maybe because I like being the best at everything, but people who can cook intrigue me and I want to be able to cook too! I am currently in that early stage of making macaroni every night....... Then fucking it up and getting the macaroni stuck and ruining all my pots.

And as for my art obsession.... Culinary arts?? Yeah, it works.


That settles it
I'm going to take a cooking class

I wanted to retouch the topic of fashion. Maybe explain myself a bit more


The Pu`u `O`o-Kupaianaha eruption of Kilauea, still continuing since it began in 1983, ranks as the most voluminous outpouring of lava on the volcano's east rift zone in the past five centuries. By January 2000, 1.9 km3 of lava had covered 102 km2 and added 205 hectares to Kilauea's southern shore. In the process, lava flows destroyed 181 houses and resurfaced 13 km of highway with as much as 25 m of lava. Lava flows from Pu`u `O`o to the sea, sometimes through lava tubes beneath the surface. When a portion of the ceiling of a lava tube collapses, a "skylight" is formed, giving volcanologists a glimpse into the interior of the lava tube. The walls of the tube are so hot that they are nearly indistinguishable from flowing lava in the bottom of the tube, raching temperatures of nearly 1200 degrees C.

I think people are hypocrites. People who think fashion is so brainless and shallow are full of shit. Why is decorating a canvas considered art, but decorating yourself considered a shallow waste of time? I love art in it's many forms, but especially self expression through fashion and fashion design.

Example, it takes so many pieces for Paris Hilton to look how she does. Hours on make-up, hours on clothes, accessories, hair, shoes, nails, skin, jewelry, handbag, EVERYTHING! A lot of detail, and an eye for color.... Attention to everything! Paris Hilton is Genius, Kids. She really is. She's an artist. She has it down to a science. Even her dog matches her. Even her dog looks good! And some of her styles are so innovative and risky that they actually DON'T look good, but downright artistic! Occaisonally I will see a model wearing something that I would NEVER wear. Do you know what that is, kids? That's not some ugly eurotrend that's bound to fail.... That's art. It's expression. It's design. It's not for you to see, maybe buy, try on some day at the mall. It's not for you at all. It's for you to see and think, wow. That fits that model. That designer really knew her.

Yes, I am looking for some no-name friends to call my own. I am certainly not shallow, which is why I am steering clear of hotornot and myspace. Maybe later, but for now I would like to pour my heart out to complete strangers. Up for grabs. Brain on the market.

Allow me to introduce myself. My name is Kristin Demmoray. I live in Charlotte North Carolina and I am 20 years old. I have AIM and Yahoo Instant Messenger if you want to chat.

That's all I have to say for the moment. I'm about to tweak around to make my journal pretty for a while, then I'll be back to update some more later. I'll be joining communities in time.